Ben Cooper is the Senior Associate Dean for Academic Affairs and the Frank Montague, Jr. Professor of Legal Studies and Professionalism at the University of Mississippi School of Law.

Professor Cooper is an American Bar Foundation Fellow.  He has served as a member of the Mississippi Bar’s Ethics Committee and as the United States Reporter for the Reports, Comments and Notes Section of the international journal Legal Ethics.  He is past Chair of the Association of Association of Law Schools (AALS) Section on Professional Responsibility and previously served as a member of the Mississippi Supreme Court Advisory Committee on Rules. In 2016-2017, Professor Cooper was Co-Reporter for the ABA Commission on the Future of Legal Services. View the Commission’s Final Report.

Before joining the faculty, Professor Cooper practiced law in both the public and private sector. After graduating from law school, he served as a law clerk for the Honorable Anthony J. Scirica of the United States Court of Appeals for the Third Circuit. Professor Cooper then joined the United States Department of Justice via the Department’s Honor Program and, from 1998-2001, was a Trial Attorney in the Federal Programs Branch of the Civil Division, where he defended the legality of federal statutes and programs. From 2001 until he joined the faculty in 2007, Professor Cooper practiced commercial litigation and higher education law in the private sector, first at Kirkland & Ellis in New York and then at Pepper Hamilton in Philadelphia, and gained admission to the partnership at each firm. 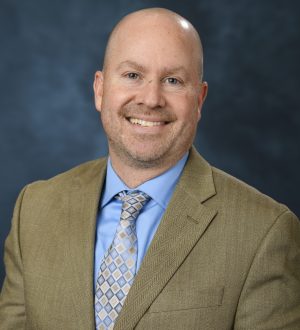