Mr. Petras is a Legal Officer with the International Civil Aviation Organization (ICAO), Legal Affairs and External Relations Bureau, located in Montreal, where he provides advice and assistance to the Secretary General and, through him, to ICAO organs and Member States, on constitutional, administrative and procedural matters, as well as on problems of international law, air law, commercial law, labor law and related issues.

Prior to joining ICAO in August 2011, Mr. Petras was a uniformed military officer and attorney in the United States Air Force. In this capacity, Mr. Petras held a range of professional and leadership positions at both field and headquarters levels, including Chief Counsel for International Law for the U.S. Air Force’s Air Mobility Command and Chief Counsel for Air and Space Operations Law for the bi-national (U.S.-Canadian) North American Aerospace Defense Command (NORAD). In 2008, Mr. Petras was the recipient of the U.S. Air Force’s “Thomas P. Keenan Award,” which recognizes its most outstanding attorney in the field of international law. He retired from the service in 2011, after a distinguished twenty-plus year military career.

Mr. Petras holds a Masters of Law (LL.M.) degree from the Institute of Air and Space Law at McGill University in Montreal, where he was the 2001 winner of the Dean’s Honour List Award, and has authored multiple scholarly articles for some of the world’s most prestigious law journals in the field of air and space law.

• C. Petras, Space Force Alpha—Military Use of the International Space Station and the Concept of Peaceful

• C. Petras, Use of Force in Response to Cyber attack on Commercial Space Systems—Re-examining “Self-

Defense” in Outer Space in Light of the Convergence of U.S. Military and Commercial Space Activities,

• C. Petras, The Debate Over the Weaponization of Space—A Military Legal Conspectus, Annals of Air &

Navigation Aids (SCATANA), in Essays on Air Navigation: Flying Through Congested Skies, Proceedings of the

2006 McGill-ICAO Conference on the Finance, Technology, Regulation and Policy of Air Navigation (2007).

• C. Petras, An Alternative Proposal to Modernize the Liability Regime for Surface Damage Caused by Aircraft

to Address Damage Resulting from Highjackings or Other Unlawful Interference, Gonzaga Journal of 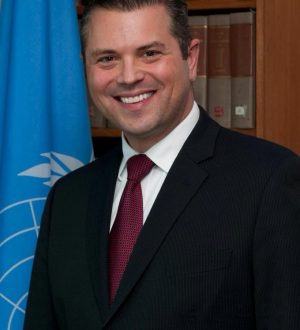