Evan began his career as a law clerk to U.S. Supreme Court Justice Antonin Scalia and to Judge J. Harvie Wilkinson III on the Fourth Circuit Court of Appeals. After his clerkships, he became Counsel to the Attorney General at the U.S. Department of Justice, serving Attorneys General Alberto Gonzales and Michael Mukasey.  While on the Attorney General¹s staff, he accepted a detail to the U.S. Embassy in Baghdad, Iraq, where he was the Deputy Rule of Law Coordinator. In that position he worked to assist the Iraqi government in its efforts to strengthen its legal regime. Evan received awards of distinction for his service in both assignments.

He is a frequent panelist and guest speaker on constitutional law and history, the U.S. Supreme Court, and complex litigation issues. Articles covering his legal practice have been published nationally, including in the Washington Post and the National Law Journal. He has written widely, ranging from technical legal articles, to an op-ed in USA Today, to a biography of U.S. Supreme Court Justice Tom C. Clark that was published in 1995. He has served in leadership roles in community organizations, such as the National Center for Missing and Exploited Children.  Evan lived in Columbus, Mississippi as a child when his father was stationed at the Columbus Air Force Base. 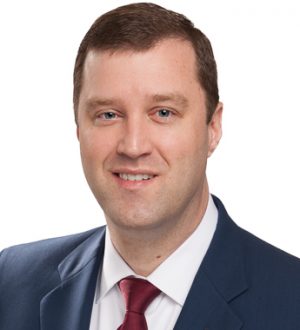