Professor of Law and Mitchell, McNutt and Sams Lecturer

Professor Czarnetzky is the Mitchell McNutt & Sams and Jessie D. Puckett, Jr. lecturer in law.  In 2016, he was the recipient of the Elsie M. Hood Award for the “outstanding professor at the University of Mississippi,” the highest honor awarded to faculty members at the University of Mississippi. With this award, Czarnetzky joins a select handful of law professors who have been so honored over the decades.

Professor Czarnetzky is a graduate of the Massachusetts Institute of Technology (B.S., 1982, Chemistry) where he played football, and the University of Virginia (J.D., 1989), where he did not. He was, however, an Executive Editor of the Virginia Law Review, and editor of the Virginia Journal of Environmental Law.

Prior to law school, Professor Czarnetzky was an officer in the United States Army, having graduated from basic training, officer candidate’s school, and chemical officer training. He served as an intelligence analyst, specializing in foreign chemical, biological and nuclear capabilities. As part of his responsibilities, Czarnetzky delivered intelligence briefings at all levels of the Army.

After law school, he practiced bankruptcy and commercial law with Sidley & Austin in Chicago, and McGuire, Woods, Battle & Boothe in Richmond, Virginia.

Czarnetzky joined the University of Mississippi School of Law in 1994. He has taught courses in bankruptcy, corporate reorganizations, secured transactions, civil procedure, business associations, and international trade at the law school. He also has taught several undergraduate courses at the Sally McDonnell Barksdale Honors College, with which he helped establish a relationship with the law school.  Professor Czarnetzky previously directed the law school’s Cambridge Summer Session for eight years.

In addition to the campus-wide Elsie M. Hood Award, Professor Czarnetzky has been honored as outstanding professor at the law school five times (once shared with Professor Weems). The outstanding law professor is named after a vote of the law-school student body. Czarnetzky has been so honored by the law school at least once in each of the four decades he has taught at the University.

Professor Czarnetzky is an adviser to the Business Law Institute, an innovative collaboration between students and faculty which aims to give students multiple opportunities to develop their skills in corporate, commercial, tax and business law.  Professor Czarnetzky has served as adviser to several other student organizations, including co-founding (with Professor Rychlak) the St. Thomas More Society.

Professor Czarnetzky also serves as a legal adviser to the Holy See’s Mission to the United Nations.  In that capacity, he has represented the Holy See in negotiations including the establishment of the International Criminal Court and several international treaties, including one on the rights of persons with disabilities.

In 2020, Professor Czarnetzky was honored with admission as a Fellow of the American College of Bankruptcy. Fellows of the College are chosen “based on a proven record of the highest standards of expertise, leadership, integrity, professionalism, scholarship, and service to the bankruptcy practice and to their communities.” He is a frequent lecturer in bankruptcy and commercial law, averaging at least three substantive lectures a year for over 25 years.

Professor Czarnetzky is a lay member of the Dominican Order, and a third-degree Knight of Columbus. He and his wife, Sylvia Robertshaw Czarnetzky, reside in Oxford, Mississippi. 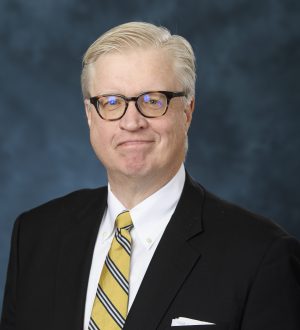