Yvette Butler joined the University of Mississippi School of Law faculty in July 2020. Professor Butler’s areas of focus are racial justice, economic justice, criminal system reform, civil rights, and civil liberties. Her guiding passion has been about helping people whose sexuality is used against them, whether through harmful approaches to addressing sex work or issues like human trafficking, nonconsensual pornography, and sexting between minors.

Professor Butler has engaged in state and federal civil litigation related to police misconduct, family law, criminal record expungement, and more. She previously worked as an attorney with the Law Office of Victor Glasberg & Associates, an Alexandria, Virginia based federal civil rights litigation firm. Professor Butler also clerked for a Federal Magistrate Judge in her home state of South Dakota. In 2016, Professor Butler returned to the Washington, DC area to represent and advocate for policy change alongside sex workers and survivors of trafficking at the Amara Legal Center as an Attorney and Director of Policy. In 2019, Professor Butler served as Director of Capacity Building and Systems Change with the Center for Survivor Agency and Justice, a national non-profit working at the intersection of domestic/sexual violence and economic security. While there, Professor Butler developed and led trainings for attorneys and non-lawyer advocates and collaborated with other national and local groups through federal comments, amicus briefs, and more. 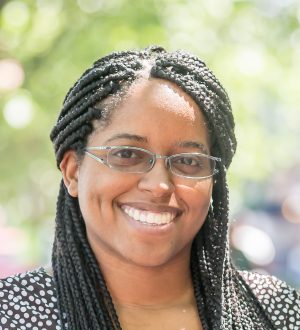