“The creation of the U.S. Space Force triggered an outpouring of responses ranging from ridicule and derision, to applause and relief, to fear and concern. It also raised questions about the future of conflict in outer space. Through an exploration of the legal context of military space activities, the history of American military space policy, and Great Power space interactions during and after the Cold War, The United States Space Force and the Future of American Space Policy ultimately concludes that the U.S. Space Force is a natural outgrowth of American space policy, but is no more likely to threaten space security than previous activity in the space domain.” 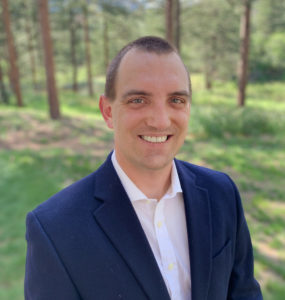 He has previously been stationed as a trial attorney at RAF Lakenheath, United Kingdom, and Incirlik Air Base, Turkey, and has deployed to Qatar and Afghanistan. He holds an undergraduate degree in Government & Literature from Claremont McKenna College, a J.D. from the Pepperdine University School of Law, and an LL.M. in Air & Space Law from the University of Mississippi School of Law.

His book was published by Brill in hardback in September and as an E-Book earlier this month.