Patrick Honnebier is one of the few aircraft finance lawyers having obtained the benefits of both worlds. While he is a long-standing academic, he also has vast practical expertise in realizing international aviation finance and lease transactions. The combination of extensive scholarly legal knowledge and its direct application in practice makes him a well-rounded aircraft finance lawyer. Honnebier is one of the founder-members of Rep Law Aviation and based in Amsterdam. He advises major manufacturers, banks, lessors and airlines in relation to international financing and leasing of aircraft, helicopters and engines. He lectures at the LL.M. in Air and Space Law program of the University of Mississippi (Ole Miss), School of Law. As a guest lecturer, he addresses the conflict of laws rules covering aircraft finance transactions at Groningen University, the Netherlands. For many years, he instructed the students in international aircraft financing law at the International Institute of Air and Space Law, Leiden University. At Utrecht University and the University of Aruba he teached corporate/commercial law. Honnebier attended the Diplomatic Conference for the realization of the Convention on International Interest in Mobile Equipment and the Aircraft Equipment Protocol (Cape Town Convention, 2001). He was the expert legal counsel of the Governments of Aruba, the former Netherlands Antilles and the Dutch Ministry of Foreign Affairs concerning the adoption by the Kingdom of the Netherlands of the Cape Town Convention on 1 September, 2010. He advises the government of the Netherlands about the innovative implementation of the de-registration of aircraft (IDERA) provisions of the Cape Town Convention. He is the author of numerous articles being published in all the leading air law journals. He was Editor of Journaal Luchtrecht/Netherlands Journal of Air Law until its demise. Frequently and worldwide he is a speaker at international aviation finance and lease conferences. 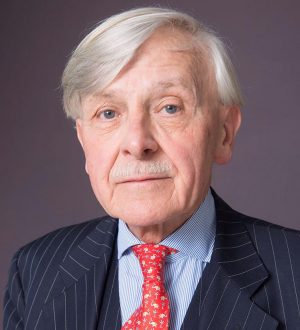