Thousands of Mississippians Too Poor to Make Bail, Making Them More Vulnerable to Coronavirus 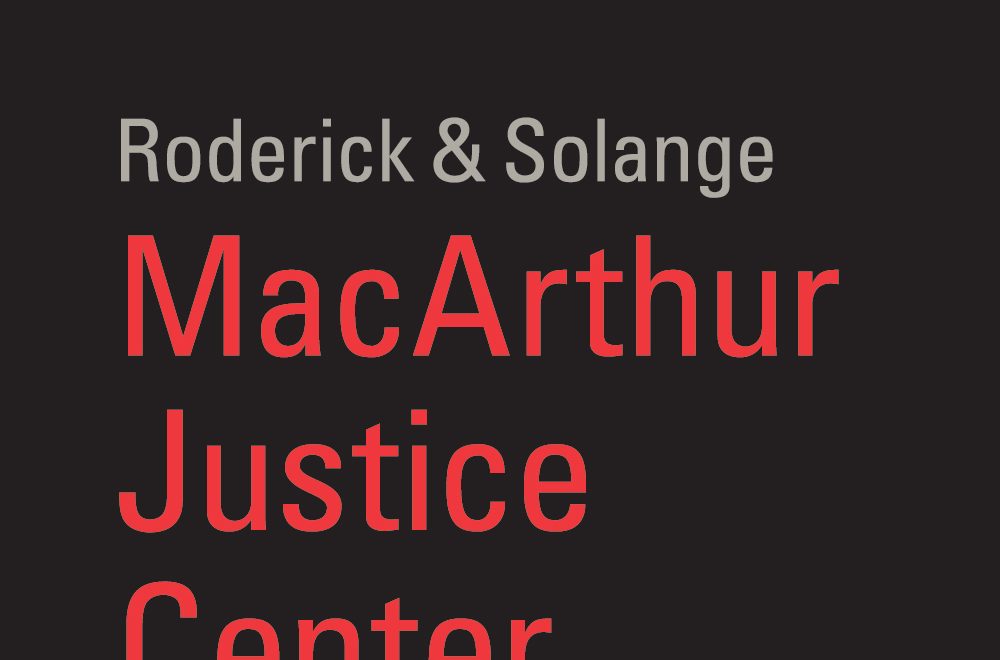 OXFORD, Miss. – A new report by the Roderick and Solange MacArthur Justice Center at the University of Mississippi School of Law reveals that more than 5,200 people are incarcerated in Mississippi’s county jails, the vast majority are those too poor to make bail while awaiting their criminal trial. Not only a matter of criminal and economic justice, during a global pandemic, these numbers represent a clear health danger to the detained community as well as Mississippians more broadly.

Cliff Johnson, director of the Mississippi office of the MacArthur Justice Center, emphasized the vulnerability of those held in county jails, “The thousands of Mississippians locked up in our local jails find themselves sharing common areas, bunk beds, toilets, sinks, and showers with dozens of different people each day. Mississippi sheriffs will be the first to tell you that they do not have the expertise or resources to deal with a pandemic like COVID-19. Our county jails have few, if any, full-time licensed medical providers, no proper isolation rooms, and woefully inadequate equipment and training specific to dealing with infectious diseases.”

The MacArthur Justice Center at the University of Mississippi School of Law is one of several civil rights organizations that earlier this week issued a letter to government officials warning about the dangers of a coronavirus outbreak in Mississippi’s prisons and jails. The letter highlighted more than a dozen issues to be acted upon in attempting to minimize that risk. Johnson is urging Mississippi judges to consult with sheriffs and use the MacArthur Justice Center report issued today to identify those people who could be released from county jails immediately, “Starting today, sheriffs and judges must work together to identify and release the hundreds of individuals currently incarcerated in our county jails who can be safely returned to their homes to await trial. We should start with those detained persons who are in poor health and are most likely to suffer serious harm, and even death, should they contract the coronavirus.”

Johnson also urges Mississippi law enforcement to refrain from arresting misdemeanor and non-violent offenders during this time of heightened concern over jailhouse infection. He says that arrests are not necessary in order for prosecutors to pursue cases involving minor offenses.

Johnson confirmed that he and other Mississippi civil rights lawyers have been speaking with health care professionals regarding the consequences of a coronavirus outbreak in Mississippi’s prisons and jails. According to Johnson, one of the biggest public health concerns is that such an outbreak could result in Mississippi’s limited number of ICU beds and respirators being overrun with dozens of patients from a single prison or jail. Should that happen, Johnson fears providers might be forced to ration scarce resources in a manner that could put lives at risk.

The new report issued today identifies roughly 2,500 detainees who have been in jail longer than 90 days. More than 575 people have been stuck in county jails over a year. The MacArthur Justice Center estimates that Mississippi counties spend at least $85 million each year on pretrial incarceration. The report is available at www.MSjaildata.com.

According to the MacArthur Justice Center, poor Mississippians detained in county jails find themselves in such a dangerous situation because they are not able to pay cash bail improperly imposed by Mississippi’s justice and municipal court judges. Despite well-established law and rules of criminal procedure clearly prohibiting the use of money bail unless evidence proves a detained person awaiting trial is a flight risk or a danger to the community, Mississippi judges force people to pay for their release in virtually every felony case in Mississippi. So says Johnson, “MacArthur and other civil rights organizations have successfully sued municipalities over illegal bail practices, and I have lectured at judicial conferences until I’m blue in the face regarding the fact that the use of money bail should be the exception and not the rule. All but a few of Mississippi’s justice and municipal court judges defiantly refuse to follow the law when it comes to forcing people to buy their liberty. The presumption of innocence is all but dead in Mississippi’s justice and municipal courts.”

Andre DeGruy, Mississippi’s State Public Defender, is particularly concerned by the fact that very few people have the benefit of counsel when bail decisions are made by Mississippi judges, “The determination of whether to require a person to post a monetary bond for their release is very serious, and judges are supposed to consider evidence and analyze more than a dozen different factors in making that decision. Despite the gravity of this process and the fact that imposing bail can result in poor Mississippians being locked up for two years or more before finally getting their day in court, defense counsel is almost never present during these hearings. This reality of our broken public defender system creates a class-based system in which poor people languish in jail awaiting trial while people with money are out within 48 hours of being arrested.”

This is the fourth report on Mississippi’s local jail population issued by the MacArthur Justice Center at the University of Mississippi School of Law. FWD.us, a bipartisan advocacy organization focused on criminal justice reform, recently provided a grant to support the Center’s ongoing collection and reporting of Mississippi jail census data.