Thousands Stuck in Mississippi Jails with High Bail and No Lawyer

OXFORD, Miss. – Duane Lake was incarcerated in the Mississippi Delta for more than six years waiting for his day in court. Charged with murder and dependent on Mississippi’s public defender system, Lake spent years in pretrial detention without a court-appointed lawyer who could fight for his release. Having been arrested in 2015 but not indicted until 2017, Lake finally was afforded an opportunity to put on his defense in November 2021. He was found not guilty. 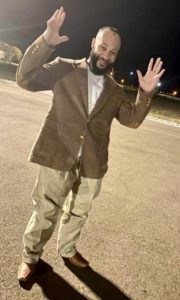 The Roderick and Solange MacArthur Justice Center at the University of Mississippi School of Law released a comprehensive report today identifying more than 5,800 people incarcerated in Mississippi’s county jails. 2,716 of those detainees have been in jail longer than 90 days. More than 1,000 have been detained at least nine months, and 731 have been stuck in county jail over a year. Despite the threat that COVID presents to detainees and jail staff, the number of people in Mississippi’s county jails has increased by more than 500 since the last such comprehensive report was issued prior to the pandemic in December 2019. The report captures only a portion of the state’s jail population due to inconsistent reporting from counties, meaning that there are even more people jailed across Mississippi, the vast majority of whom are awaiting indictment and trial.

According to Cliff Johnson, director of the MacArthur Justice Center at UM Law, stories like Lake’s are not uncommon in Mississippi. Thousands of Mississippians languish in county jails awaiting trial because they are too poor to make bail, and Mississippi’s public defender system denies them legal representation for months and years while they wait to be indicted. Mississippi is one of only five states that has no statewide public defender system and places the burden of providing public defenders entirely on local governments (the other states are Arizona, Pennsylvania, South Dakota, and Washington).

Addressing how it is that poor Mississippians charged with crimes remain in jail so long prior to trial without the help of an attorney, Johnson explained, “I have talked until I’m blue in the face about the improper use of bail by Mississippi judges. The law and our criminal rules say that there is a presumption of release prior to trial and that requiring payment for one’s freedom should be the exception rather than the rule. But Mississippi judges demand that people pay for their liberty in 99% of felony cases, presumption of innocence be damned.”

Johnson added, “And many of those same poor people who can’t make bail are forced to rely on a public defender system that appoints them a lawyer at the outset of their case who handles only preliminary matters and then disappears. No other lawyer is appointed until after an indictment is obtained by the district attorney, and in Mississippi that can takes months or even years because we don’t have a time limit on how long a person can be jailed prior to action by a grand jury. I call this lengthy period without representation the ‘dead zone’, and it is a failure of Mississippi’s criminal legal system that has devastating consequences for poor defendants.” Johnson says approximately 85% of criminal defendants in Mississippi can’t afford private lawyers and must rely on public defenders.

Merrida Coxwell is a prominent criminal defense attorney who has practiced law in Jackson for more than 40 years. Coxwell is retained by criminal defendants with the ability to pay for his expertise, and his investigative work and advocacy begin immediately after arrest. Discussing the importance of having an attorney during the period prior to indictment, Coxwell says, “Between arrest and indictment, an attorney who is actively helping and monitoring a client’s case can renew bail motions to have the client released to be with his family. Also, attorneys who are involved in their clients’ cases day to day can investigate early, take witness statements, prepare parts of the case in advance, and oftentimes resolve cases early. An early resolution can benefit the client and the criminal justice system. An early resolution might be getting a case dropped by convincing a prosecutor the client is not guilty, by showing the prosecutor the case is only a misdemeanor, not a felony, or by a client’s acceptance of responsibly.”

Coxwell expressed grave concern regarding Mississippi’s practice of allowing thousands of defendants to remain in jail without a lawyer, “I can think of no greater shame in the American criminal justice system than leaving a person in jail without an attorney during the time between arrest and indictment. People accused of criminal offenses need someone actively pursuing their cases, otherwise they fall into a dark void or black hole of the criminal justice system.”

For years, the public defender system in New Orleans included a similar “dead zone” problem that resulted in arrestees there being locked up with no legal representation prior to being charged by the district attorney.  This period of incarceration was known locally as “DA time”.   Following a lengthy fight for reform, Orleans Public Defenders has since the aftermath of Hurricane Katrina provided lawyers for poor defendants from the time of arrest through ultimate disposition of the case.

Danny Engelberg, Deputy District Defender, says reform there has made a dramatic difference for clients and the city, “The data is very clear that if you start assigning lawyers at the time of arrest who advocate for clients throughout the case, you really do identify and drastically reduce the number of people sitting in jail who pose no risk to anyone.  You get them back to their families and back to work.  Early representation has reduced our jail population from over 7,000 to less than 1,000.  We have saved New Orleans millions of dollars, and I am convinced that we have saved lives.”

Finding out who is in Mississippi jails and how long they have been there is difficult. The report released today is the product of more than 500 hours of work invested by MacArthur Justice Center staff and students at the University of Mississippi School of Law. Information concerning the more than 5,800 people currently in Mississippi jails had to be manually entered into spreadsheets because Mississippi has no electronic reporting system. A bill requiring a uniform statewide system for electronically reporting county jail census information was considered by the Mississippi Legislature last year but was not passed despite support from prosecutors, sheriffs, judges, and the Mississippi Department of Corrections.

At the end of Duane Lake’s long journey through Mississippi’s criminal legal system, he was represented at trial by two local public defenders. But Lake says the six years he spent in jail waiting for that trial cost him dearly, “I lost everything. My family, my house, my job – everything. I can’t explain how helpless it feels to be locked up with nobody fighting for you and no way to make your case move faster. I didn’t think a system like this could exist in America.”