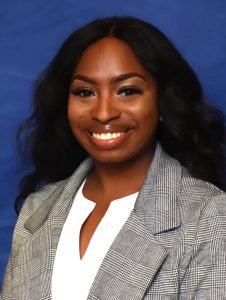 According to the American Bar Association, the program began in 2004 to allow law students opportunities to work in the field of consumer protection and introduce them to public service careers. The fellowship, which lasts 8-10 weeks, is named in memory of Steiger, who served as Federal Trade Commission chair.

Since the program began, eight students from the UM School of Law have been named Steiger Fellows.

Lowry is originally from Alton, Illinois, but grew up in Macon. She previously worked in the Mississippi attorney general’s office, which led her to pursue this opportunity.

“When I got the call about the interview, I asked the receptionist if she was sure about interviewing me, not because I was not qualified; I honestly was just shocked,” Lowry said. “When I was offered the fellowship, I remembered thinking that I am in the middle of everything I used to pray for.

“I am breaking generational curses and leaving behind a legacy that I hope people will by inspired by enough to forge their own path.”

In her two years at the School of Law, she has served as vice president of the Constance Slaughter-Harvey Chapter of the Black Law Students Association, vice dean of Delta Theta Phi law fraternity and as a mentor for current and future law students as a member of the Dean’s Leadership Council.

For the upcoming academic year, Lowry will serve in leadership roles on two of the school’s advocacy boards. She has been named vice chair of internal competition for Negotiation Board and vice chair of the Trial Advocacy Board.

“I like to say I did not choose this school; this school chose me,” Lowry said. “During my Admitted Students Day visit, I had the opportunity to talk with a lot of the professors, and they just wanted to get to know me.

“That day, I felt like there was a place for me here. I felt a sense of belonging – a feeling that I was often a stranger to – and that is how I knew this was the school for me. Two years later, I am confident I made the right choice.”

Upon completion of law school, Lowry hopes to earn a judicial clerkship for a few years before beginning a career in criminal law.

“Whichever side I am on, I will continuously advocate and fight to rectify the flaws of the criminal justice system,” she said. 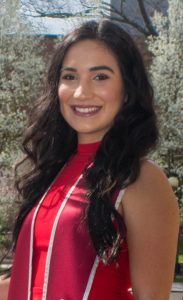 Reightler, from Bethlehem, Pennsylvania, said she’s always been interested in consumer protection. During lockdown over the last year, she watched a movie about a case brought against a chemical manufacturing company after it knowingly contaminated a nearby town, which only solidified her interest in consumer protection.

“As a member of the Mississippi Law Journal, I began researching and writing an article which focused on the failure of pharmaceutical companies to disclose known safety risks of their drugs to consumers,” Reightler said.

She wasn’t quite sure how to pursue her interest in these types of issues … until the Steiger Fellowship opportunity came along.

For the last two years, she has served as member of the Mississippi Law Journal as well as secretary and social chair of the LatinX Law Students Association. In her third year, she plans to serve as associate articles editor for the journal, marketing chair for LLSA and antitrust ambassador for the American Bar Association, and she will participate in the MacArthur Justice Clinic at the law school.

After graduation, Reightler hopes to start a career in the field of consumer protection, either by representing consumers at the state and federal levels or at a plaintiff’s firm.

Both Lowry and Reightler will begin their third year of law school next month.

For more information about the law school, visit https://law.olemiss.edu/. To learn more about the Steiger Fellowship, click here.