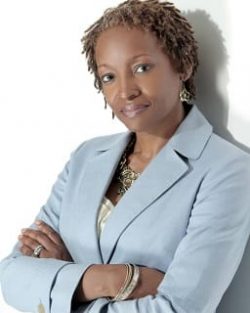 “When Professor Bell called and invited me to come to the interest meeting for the Bessie Young Council, I initially went because when Professor Bell calls, you answer,” joked Vangela M. Wade (JD 1996). “Once I learned the purpose and vision of the Bessie Young Council, I wanted to be a part of the visionary approach to helping nontraditional law students. You see, I was such a student in 1993.”

Vangela M. Wade began law school in 1993 as a recently divorced single mother. She left her job in Atlanta to seek a better life for her seven year old son, Ryan, and herself.  At the age of 31, she was one of the older students in her class.

Just before she began her first semester, Vangela had her yearly checkup, and the doctor discovered a lump in her breast.

“I had just quit my job and made the decision to start law school after waiting nine years.  The plan was for me to go to law school, and as far as I was concerned, nothing was going to deter that,” she said.

She made the decision to postpone having a biopsy. During her three years of law school, she continued regular health exams, but refused to get a biopsy until she was finished with school.

“I remember my  last visit to the campus doctor who told me that I should really have the lump biopsied, and I said ‘not until I finish,’” she said. “I just kept praying ‘Lord, take care of me and my child,’ and he did.  I was and remain a firm believer that prayer with faith works!”

In addition to stressful health issues, Vangela dealt with the financial burdens of being a single parent in school as well as the isolation that can accompany the path of the non-traditional student. The social life and life experiences can be a gulf between the older student and the recent graduate entering law school.

“Living on student loans, there weren’t a lot of extras, but Ryan and I made it through,” said Vangela. “I was very welcomed and supported by many of the faculty and staff.  I believe they understood the path I’d taken and my commitment to accomplishing my goal.  Goodness, I can’t tell you the number of meals I ate in the home of  Sandra Cox-McCarty and her family and the support they freely gave to me and Ryan during my three years.  Former Dean Westerfield and  Professors Bell, Bradley, Davis and Mason always had time for sit-downs.  These were not all formal mentoring relationships, but looking back that’s exactly what those informal meetings and conversations amounted to for me.”

Vangela graduated from UM Law in 1996 and began working as a Law Clerk for Judge Leslie D. King, of the Mississippi Court of Appeals. Once she began working, she finally got the biopsy so many doctors had encouraged her to get.  The tumor was malignant, and after surgery, chemotherapy, and radiation, she is now 21 years cancer-free.

Vangela’s husband Thandi is also a 1996 graduate of UM Law.  After completing chemotherapy and radiation, they had twin boys, Garrison and Christian, in 2000.  They reside in Madison and the twins are seniors at St. Andrew’s Episcopal School where they are Student Body President and Vice-president.  Thandi is a partner with Tatum & Wade, PLLC in Jackson.

Vangela is a solo practitioner of The Wade Firm, PLLC. She primarily practices in the area of uncontested Family Law, Wills and Estates, and Life Planning.  She is active in local, state and national legal organizations.  Vangela currently serves on the Board of Trustees of St. Andrew’s Episcopal School and the  Board of Directors of the Mississippi Center for Justice. She is a native of Verona, MS and a 1979 graduate of Tupelo High School.

Vangela decided to get involved with the Bessie Young Council to help students who were like her in law school.  “Students in law school, whether they are trying to make better lives for themselves and decide law school is a way to start over, or if it’s something they’ve always wanted to do, they need support. I think the mission of BYC is a great way to offer financial support and to help create intentional mentoring relationships.”