Ben Griffith is the Principal of Griffith Law Firm in Oxford, MS (http://www.glawms.com). He earned his Juris Doctor in 1975 from the University of Mississippi School of Law, where he served on the Editorial Board of the Mississippi Law Journal. He earned his B.A. from Ole Miss in 1973, majoring in English and German, and attended the University of Salzburg in 1972. While at Ole Miss he was inducted into Omicron Delta Kappa leadership fraternity and Phi Kappa Phi honor society.

For the past 45 years Mr. Griffith’s practice has focused on federal and state civil litigation, with emphasis on voting rights and election law, civil rights defense, insurance defense, public sector insurance coverage, and environmental law. He has represented over 60 municipalities, counties, and school districts in Mississippi and has served as lead counsel for public entities in seven other states.

He has served on the Board of Governors of the American Bar Association (2016-2019) and the ABA House of Delegates (2009-2019). He is a member of the Council of the Central Europe and Eurasian Law Initiative (CEELI) and the American Law Institute. He chairs the International Steering Committee of the International Municipal Lawyers Association (2010 – present), and in 2017 received the IMLA Charles S. Rhyne Lifetime Achievement in Municipal Law award. He has served as Chair of ABA Section of State & Local Government Law (2007-2008), Chair of the ABA Standing Committee on Election Law (2010-2013), President of the National Association of County Civil Attorneys, and Chair of Government Law Section of Mississippi Bar. From 2015 to 2019 he served as President of the William C. Keady Chapter of American Inns of Court.

Among the publications in his field of practice are the four editions of America Votes! Challenges to Modern Election Law and Voting Rights (ABA 1st ed. 2008; e-Supp. 2009, 2nd ed. 2012, 3rd ed. 2016, 4th ed. 2020)(Editor and chapter author), “Voting Rights and Remedies from an International Perspective” contained in International Election Remedies (J. Young, Editor, ABA 2017), “Effective, Timely, Appropriate, and Enforceable Remedies” (co-author), in International Election Principles –Democracy and the Rule of Law (J. Young, Editor, ABA 2009), “The International Community’s Response to Hydraulic Fracturing and a Case for International Oversight” in Beyond the Fracking Wars: A Guide for Lawyers, Public Entities and Citizens (ABA Section of State & Local Government Law, E. Powers and B. Kinne, Editors, 2013); “Continuity of Essential Legal Services in the Wake of Catastrophe: Fair Elections And the Judicial System” (co-author), in Homeland Security and Emergency Management (E. Abbot and O. Hetzel, Editors, 2nd ed., ABA 2010) and editor of Census 2000 – Considerations for State & Local Governments (ABA 2000) (editor). He also authored The Handbook for County Board Attorneys in Mississippi (MS Center for Governmental Technology, 2000 and 2004)

Mr. Griffith has been recognized by his peers with inclusion in Best Lawyers in America® from 2007 through 2020 in the field of Municipal Law and in Mid-South Super Lawyers® from 2007 through 2020 in Government/Municipalities and was named Lawyer of the Year – Municipal Law in 2013. He has an AV® Preeminent™ rating through Martindale-Hubbell Law Directory, signifying the highest possible rating by judges and fellow attorneys for legal abilities and ethical standards, awarded to less than 5% of all attorneys across the United States. ​

He has been invited to speak at over 110 seminars and conferences in his area of concentration throughout the USA and has participated as moderator and/or speaker in programs on various continuing legal education issues, including anticorruption, government transparency, cybersecurity, and electoral access in Berlin, Ukraine (Kiev and Lviv), the Czech Republic, the Republic of Georgia, Spain, Croatia, the United Kingdom (London, Edinburgh, Dublin), and the Peoples Republic of China.

In addition to his private practice, he served as county board attorney for 21 years and since 1989 has served as board attorney for the 17-county YMD Joint Water Management District, responsible for the coordinated management, conservation and sustainable use of the water resources of the Mississippi Delta. Since 1994 he has been board certified in Civil Trial Advocacy by the ABA-accredited National Board of Trial Advocacy.

Ben is married to the former Kathy Lee Orr of Batesville, Mississippi, and they are the parents of two children, Clark and Julie. As an adjunct professor as the Law School, he teaches skills classes on Municipal Law Practice and Election Law. He has been a member of the adjunct faculty since 2014. 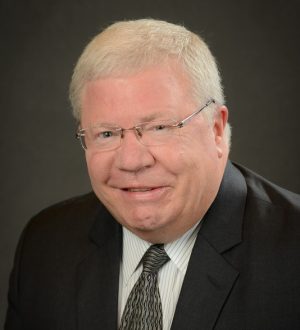