Ronald J. Rychlak is Distinguished University Professor and Jamie L. Whitten Chair in Law and Government at the University of Mississippi, where he has been on the law school faculty since 1987. In 2019 he received the university’s highest research and publication recognition, the “Distinguished Research and Creative Achievement Award” based upon his reputation for scholarly activity and leadership roles in professional societies.

For thirteen years, Ron served as the law school’s Associate Dean for Academic Affairs, and since 2007 he has served as the university’s Faculty Athletic Representative (FAR) and chair of the University’s standing committee on Intercollegiate Athletics. He also serves on the Athletics Diversity Committee and the Athletic Compliance Committee, which he chaired for almost 10 years. He is secretary of the Executive Committee of the Southeastern Conference (SEC).

Ron is a graduate of Wabash College (BA, 1980, cum laude) and Vanderbilt University School of Law (JD, 1983, Order of the Coif). Prior to joining the Ole Miss faculty, he practiced law with Jenner & Block in Chicago and served as a clerk to Hon. Harry W. Wellford of the U.S. Sixth Circuit Court of Appeals. He is the past-president of the Southeastern Association of Law Schools and an advisor to the Holy See’s delegation to the United Nations. He is also a member of the Mississippi Supreme Court’s Criminal Law Reform Committee and of the Mississippi Advisory Committee to the U.S. Civil Rights Commission. He serves on editorial boards of The Gaming Law Review and Cluny Media. He also serves on advisory boards to Ave Maria Law School, the Catholic League for Religious and Civil Rights, and the Society of Catholic Social Scientists. He is a member of the Order of Merlin Shield in the International Brotherhood of Magicians.

Ron is the author, co-author, or editor of twelve books and over 100 articles. The Congregation for the Causes of Saints at the Vatican called his book, Hitler, the War, and the Pope “definitive” in its response to charges made against the leader of the Catholic Church during World War II. He is a regular contributor to The Epoch Times and has been published in Notre Dame Law Review, UCLA Law Review, The Washington Post, The Wall Street Journal, and numerous other periodicals and journals. Media appearances include: CNN’s Pope: The Most Powerful Man in History; 20/20 with Connie Chung (ABC); Pope vs. Hitler (National Geographic TV Network); Conspiracy Test: Vatican Nazi Archives (The Military Channel); Justice Talking (PBS radio); Coast to Coast with George Noory; C-SPAN’s Book TV, and much more.

Ron and his wife Claire are proud of their six children, two sons-in-law, one daughter-in-law, and one granddaughter. They live in Oxford, Mississippi. 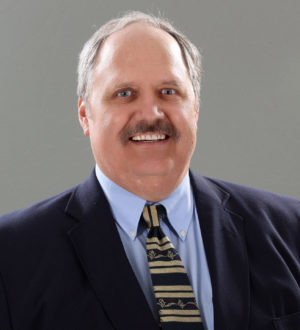