Professor Berry has taught Sports Law for almost a decade and has developed a national reputation as a scholar in sports law. He currently serves as Secretary to the American Association of Law Schools Section on Law and Sports. In addition, Professor Berry helped oversee the development of the Mississippi Sports Law Review in 2010. He currently serves as the faculty advisor to the Sports Law Review, which hosts an annual symposium, and the Sports Law Society, which brings in speakers each semester.

Professor Berry is co-author of two leading textbooks in the area of Sports, & Entertainment Law: SPORTS AND THE LAW (6th ed.)(2018)(WEST ACADEMIC PUBLISHING) and ENTERTAINMENT, MEDIA, AND THE LAW (5th ed.)(2015)(WEST ACADEMIC PUBLISHING). Recently, Professor Berry participated in two law review symposia on sports law—one at Stanford (May 2017) and one at Louisiana State University (January 2017). 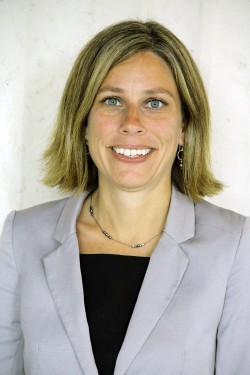 Professor Lantagne teaches entertainment law and intellectual property law, and has developed a national reputation as a scholar on fan creativity on the Internet, examining fanfiction, fanart, fanvids, and other forms of fan interaction with entertainment media, such as Internet memes. She is a member of the legal committee of the Organization for Transformative Works, a nonprofit dedicated to protecting fanworks and fan creators that includes under its umbrella the fanfiction hosting site Archive of Our Own, and frequently presents on entertainment law topics at legal and popular culture conferences across the country, including Whittier Law School’s Law Review and Center for Intellectual Property Law’s symposium on Emerging Dilemmas in Entertainment Law and Harry Potter and the Pop Culture Conference at DePaul University. She has also appeared on radio shows and podcasts and served on numerous panels at fan conventions discussing intellectual property law in connection with fan activities, evolving forms of publishing, and developing Internet funding opportunities like Kickstarter and Patreon.

(SEC) Executive Committee since 2012 and the SEC Working Group on Compliance, Enforcement and Governance since 2016.

Professor Rychlak serves on the editorial board of The Gaming Law Review and Economics and is a co-author of the first Gaming Law textbook: GAMING LAW: CASES AND MATERIALS (with Robert M. Jarvis et al.) Matthew Bender & Co., 2003. He is also an invited member of the International Masters of Gaming Law (chair of legal educators section, 2011). He was recognized for lifetime contribution to Amateur Football by the

Ole Miss Chapter of the National Football Foundation and Hall of Fame (2012). 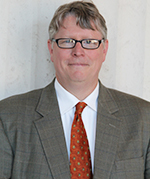 An integral part of Professor Wilkins’s work also includes teaching and training university faculty, staff, and general practitioners. A sampling of training and seminars include:

Wilkins has also served as an intellectual property expert with numerous national and local organizations and study groups including: