Dean and Professor of Law

Susan Hanley Duncan joined the University of Mississippi School of Law as Dean in August 2017. She is the first female to serve as Dean of the Law School not in an interim capacity.

Duncan’s teaching and research interests include lawyering skills, education law and restorative practices, and leadership. Her scholarship has focused primarily on issues surrounding children, including the need for anti-bullying laws and laws protecting children from pornography on the Internet. She advocates for the use of restorative practices in schools, universities, and in the workplace. Her most recent scholarship focuses on gender inequities in the legal academy with a special emphasis on the role of women leaders.

On the national level, she has served in leadership positions on several boards that focus on the development of new legal writing professors and now new law school deans. Currently she serves as President for Scribes, the American Society of Legal Writers, and as the Chair of the AALS Section on Law School Deans.  She frequently presents on legal writing, education law, and leadership topics, and Business First recently named Duncan as one of the top 20 people to know in the field of education.

Her work has garnered recognition by many, including such honors as the 2019 University of Louisville Commission on the Status of Women Champion Award, 2016 Kentucky Bar President Special Service Award, the 2014 Distinguished Alumni Award from Louis Brandeis School of Law, and the 2010 Louisville Bar Association Award for Distinguished Service.

Prior to joining the faculty at Ole Miss, she served as Interim Dean at the University of Louisville Brandeis School of Law, where she began as an adjunct in 1997 and became a full-time faculty member in 2000. During her tenure at both institutions, she served as chair of the university’s Commission on the Status of Women and was a member of multiple university committees.

She received a B.A. from Miami University and a J.D. from the University of Louisville. 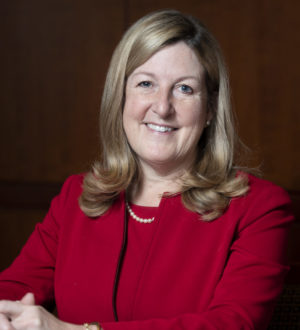