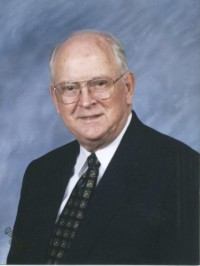 The late Bill Champion was born in Edwards, Miss. Champion attended Hinds Community College for two years before transferring to Mississippi State University, where he received a B.S. degree in 1953.

After graduating, Champion served as a Lieutenant in the United States Navy until 1957. He returned to Oxford and received his LL.B. degree from Ole Miss in 1961. As a law student, he was a member of the Mississippi Law Journal, the Moot Court Board and Phi Delta Phi Legal Fraternity. In 1962, he was a Teaching Fellow and earned his LL.M. degree from George Washington University.

Champion began his legal career when he joined the Jackson law firm Watkins & Eager where he was an associate for two years. He made his way back to Oxford to join the faculty at the University of Mississippi School of Law in 1965, where he served until his retirement in 1998. During his tenure at Ole Miss, Champion taught thousands of students and was named Outstanding Law Faculty Member by the student body in 1981, 1987, 1990, 1993 and 1996. In 1982, he was selected Outstanding Teacher of the Year. His time at the law school was not limited to classroom instruction. Champion also served as chairman of the Admissions Committee for a number of years, as associate dean and as acting dean. 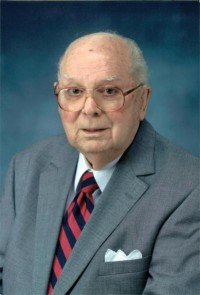 The late Tommy Ethridge was born on May 2, 1918 in West Point, Miss. He received his B.A. in 1940 and M.A. in 1946, both Liberal Arts degrees, from the University of Mississippi. In 1951 he obtained his LL.B. from the Ole Miss law school. He is the son and grandson of former Mississippi lawyers and the brother of William Ethridge, former Chief Justice of the Mississippi Supreme Court.

Ethridge served in the United States Marine Corps in WWII, seeing serious combat in the Marshall Islands, Saipan, Tinian and Iwo Jima. After the war, Ethridge returned to Oxford, to make it his home after graduating from law school and enjoy a long and prolific legal career. He was a senator in the Mississippi legislature from 1948-1954. He served as the attorney for the city of Oxford, and was the first full-time U.S. Attorney in the Northern District of Mississippi from 1954-1961. The U.S. Attorney’s Office in Oxford is named for Ethridge.

Ethridge was also committed to his community. He was a member, former Elder, Deacon, and chairman of the board of deacons at the First Presbyterian Church of Oxford. He also served as a board member for the Oxford-Lafayette County Chamber of Commerce, as a trustee of the Mary-Buie Museum and as a board member of the Oxford-Lafayette County Hospital. 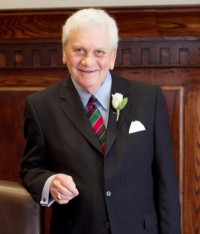 Larry Franck is a native of Vicksburg and received his B.B.A. in 1953 and his LL.B. in 1958, both from the University of Mississippi. While at Ole Miss, he served as editor of The Mississippian, was a member of Scabbard and Blade, an honorary military society, and was a member of Omicron Delta Kappa honorary leadership fraternity. Franck was elected to the university’s student Hall of Fame his senior year.

After receiving his undergraduate degree, Franck became a U.S. Army officer in the 11th Airborne Division from 1953 to 1956. Afterwards, he attended law school, where he was Associate Editor of the Mississippi Law Journal and a member of the Moot Court Board. He was also named Outstanding Law Graduate for the class of 1958.

The majority of Franck’s legal career was with the Jackson law firm of Butler, Snow, O’Mara, Stevens, & Cannada, PLLC, where he served as chairman from 1996 to 1998, and was a member of the Mississippi Bar from 1958 to 2000, when he retired. 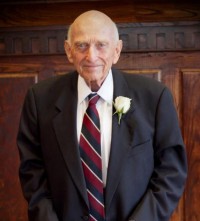 Frank Montague grew up in Hattiesburg, Mississippi, graduating as an honor student from Hattiesburg High School. He went on to obtain his LL.B. in 1950 and then a B.S. degree in civil engineering in 1951, both from The University of Mississippi.

While at Ole Miss, Montague served as president of both the student body and Beta Theta Pi Fraternity. His academic career included memberships in Phi Delta Phi Legal Fraternity, Chi Epsilon Honorary Engineering Scholastic Fraternity, and ODK honor society. He was a recipient of the American Society of Civil Engineers Award of Merit as Outstanding Senior Engineering Student and was placed in The University of Mississippi Student Hall of Fame.

Montague is a partner at Montague, Pittman, & Varnado in Hattiesburg, where he was president until 2001. His primary area of practice is in civil litigation and general civil practice. Montague has authored numerous legal publications and taught Journalism Law at the University of Southern Mississippi. He has also spoken at various professional seminars and judicial conferences as a lecturer at the University of Mississippi School of Law and Mississippi College School of Law.

Montague has garnered numerous honors. In 1977 he was selected as the Ole Miss Law Alumnus of the Year. He was also the first recipient of the Mississippi Defense Lawyers Association Lifetime Achievement Award, was presented the Mississippi Bar Foundation’s Professionalism Award and is a life fellow of the American Bar Foundation. For 25 consecutive years, he was included in “The Best Lawyers in America.”

Montague is also a dedicated member of his community. His involvement includes serving as president of the Hattiesburg Kiwanis Club, executive board member of the Area Development Partnership, trustee of Belhaven College and trustee of the Presbytery of South Mississippi. In addition he has been extremely involved at all levels with Boy Scouts of America, March of Dimes and American Red Cross.

A U.S. Navy veteran of WWII, Montague was married to Mary Dixon Montague.  Their children are F. Douglas Montague III, H. Dixon Montague and Brian A. Montague, all of whom are practicing attorneys. 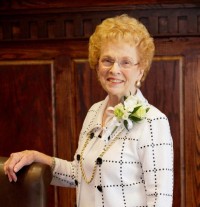 After a time in private practice, Prather was appointed as the Municipal Judge in West Point. In 1971, Governor John Bell appointed her as the Chancery Judge for the 14th Chancery District in Mississippi, which consists of Lowndes, Clay, Oktibbeha, Noxubee, Webster, and Chickasaw counties. This appointment made her the first woman to hold the Chancellorship in the state, a position she held for 10 years. Prather also attended the National Judicial College in Reno, Nevada following her appointment as Chancellor.

Notably, Justice Prather is a 1986 inductee of the University of Mississippi Alumni Hall of Fame and was selected in 1995 as the Ole Miss Law Alumna of the Year. She was included in Who’s Who in America from 1984 through 2002. Prather is a two-time recipient of the President’s Commission on the Status of Women Award for Outstanding Mississippi Women and the Distinguished Jurist Award by Mississippi State University. She is a former member of the Mississippi Humanities Council, and was active in Southern Women in Public Service, an initiative of the John C. Stennis Institute.

Justice Prather is a Rotarian and is a Paul Harris Fellow within the organization. In 2009, in recognition of her outstanding lifetime contributions to the state of Mississippi, Governor Haley Barbour presented her with the Mississippi Medal of Service.